To enter, edit or delete species records open the species tab in the plot observation screen. In case there are already species assigned to the current plot, the tab shows a table with the records along with their abundance and a layer. You can add a species using the plus-button or delete species using the red bin symbol. Edit a species record by tapping on a species. Add or edit the abundance value by long-pressing on a species. Sort the list by alphabetic order or by abundance / cover. 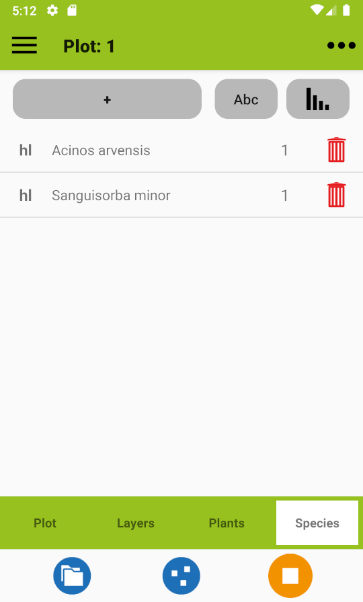 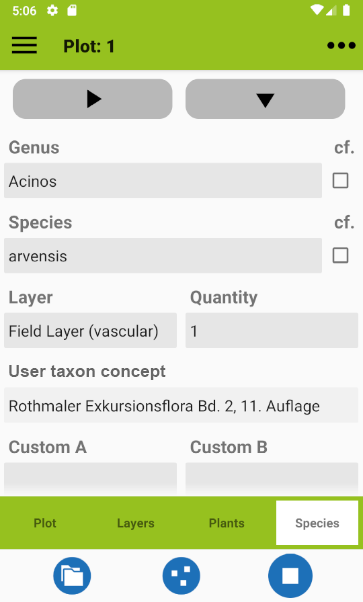 Fields on the species entry screen

The species record screen has the following fields

If a species is missing in your species list you can add an "ad-hoc species". It will be accessible for record entry and it will be exported along with the project but it will not become part of your species list. The following fields are available.